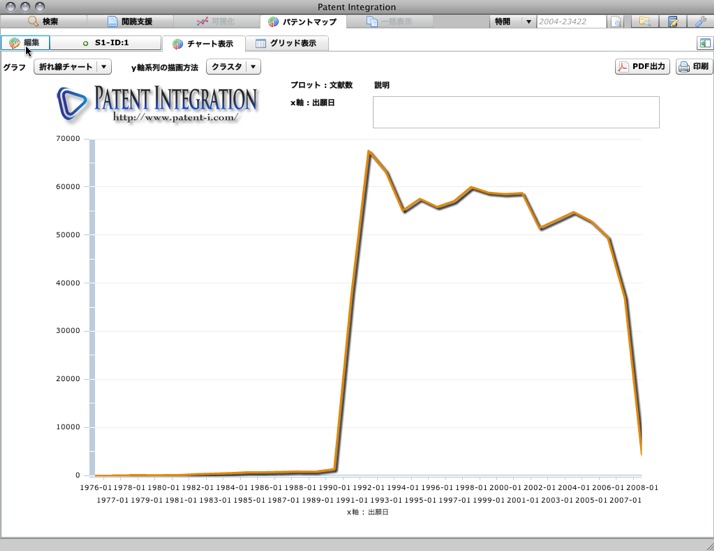 Let's create a two-dimensional patent map by selecting "2D" from the map type next. 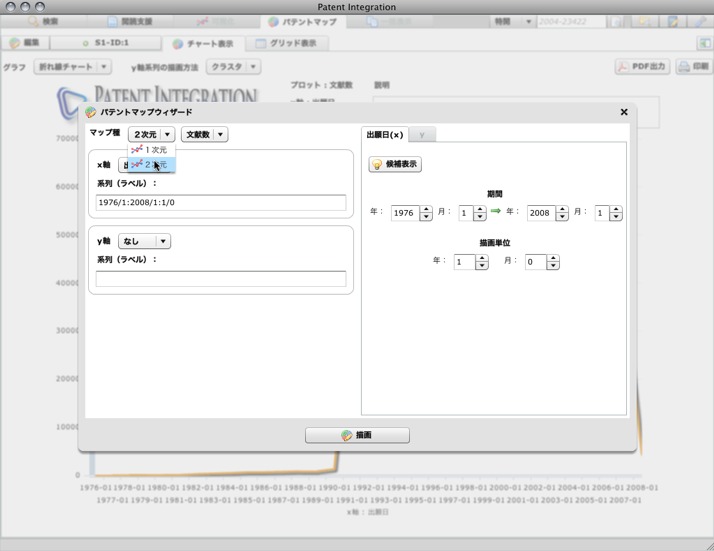 The input field on the y axis becomes effective. Since we also want to analyze the x axis with patent application date this time, we will not change the x axis in particular. Let's select patent applicant as y axis. 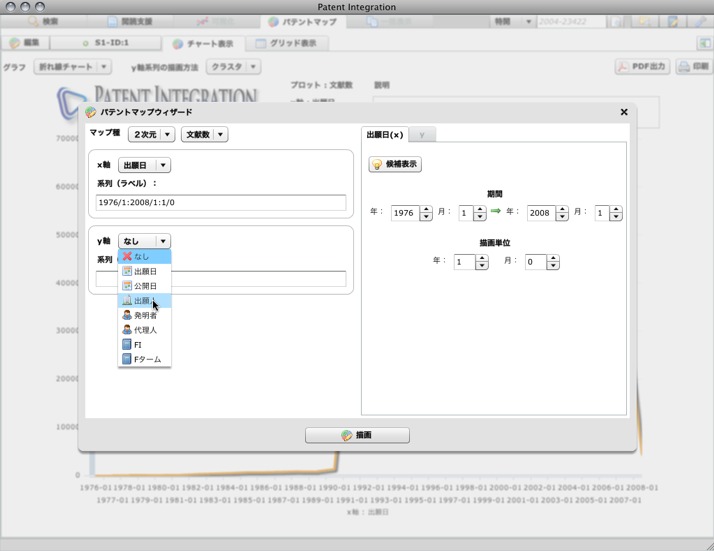 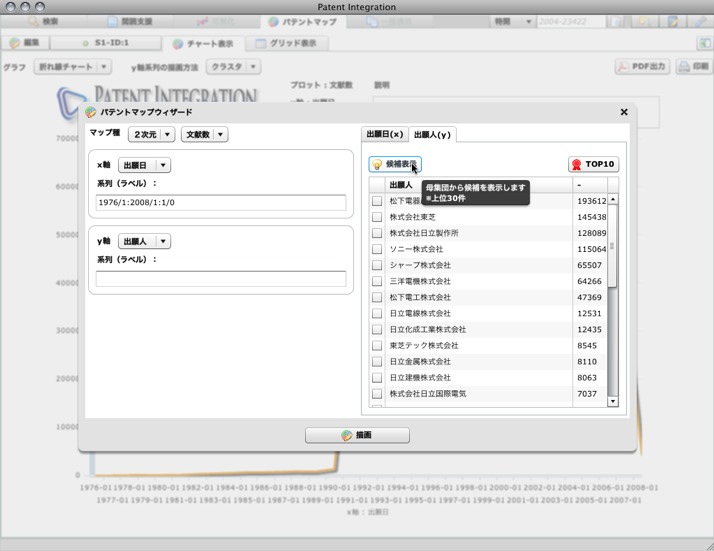 When you click the "TOP 10" button, the top ten candidates are automatically checked. It is convenient when you want to create a patent map for patent applicants roughly and conduct patent analysis roughly. 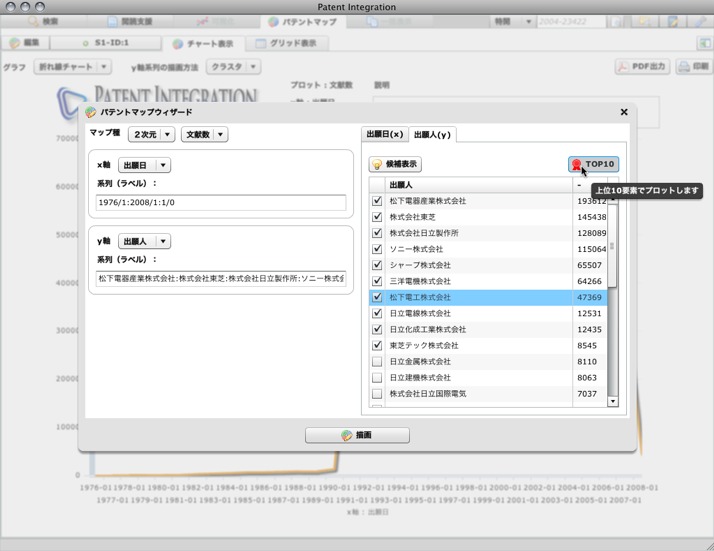 For this time, we will create patent maps for major electrical companies and patent analysis, so we will not select "subsidiary company" other than Matsushita Electric Works. 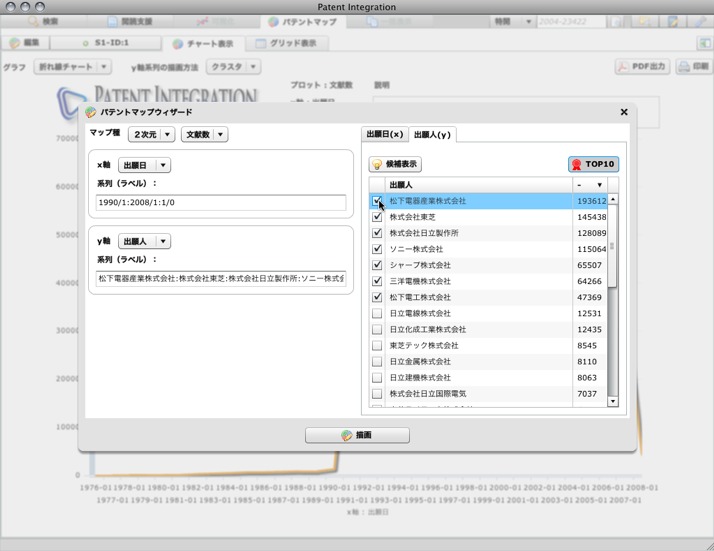 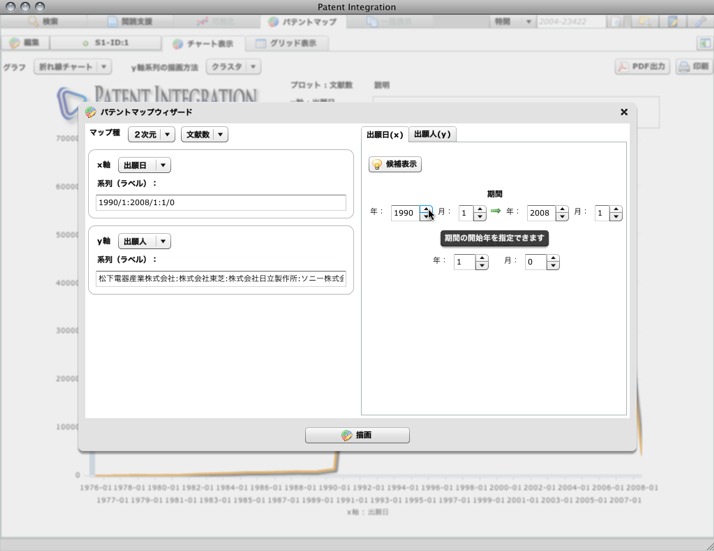 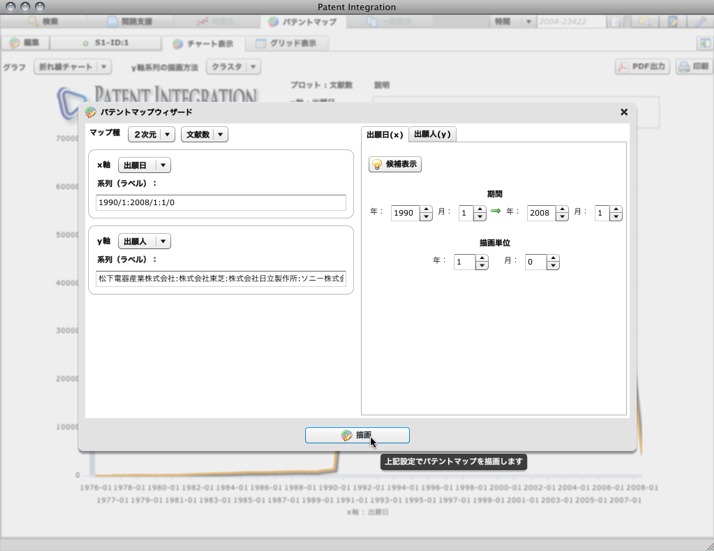 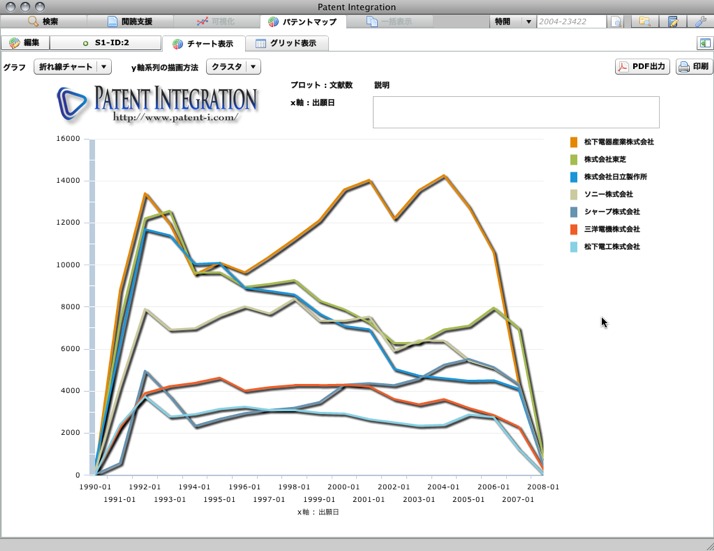 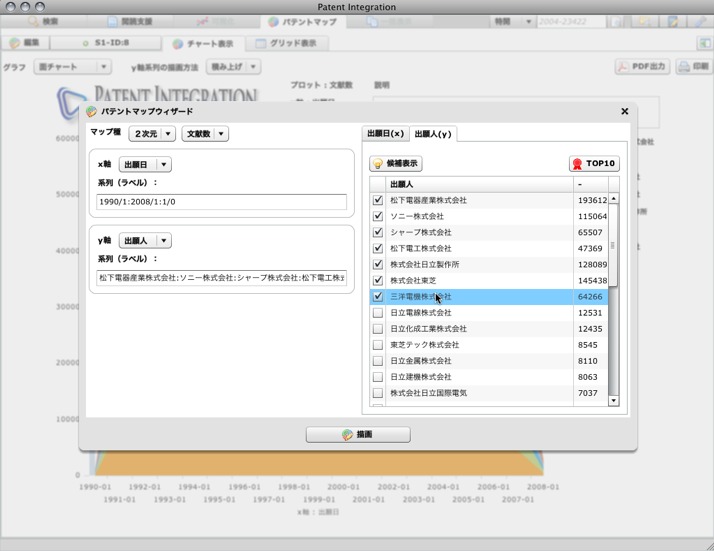 Also, in 2002 all seven companies have valleys of patent applications, which seems to be related to the collapse of the IT bubble. 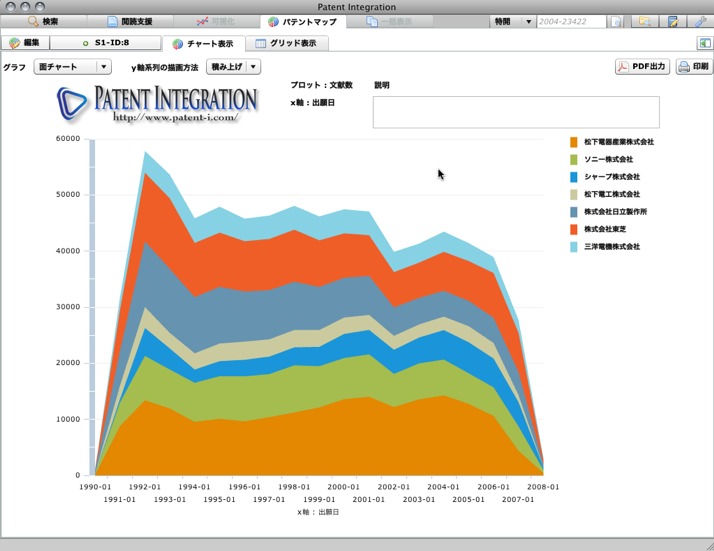 Data summarized like this can be easily used by spreadsheet software etc. by copying from 'Grid display' to clip board. 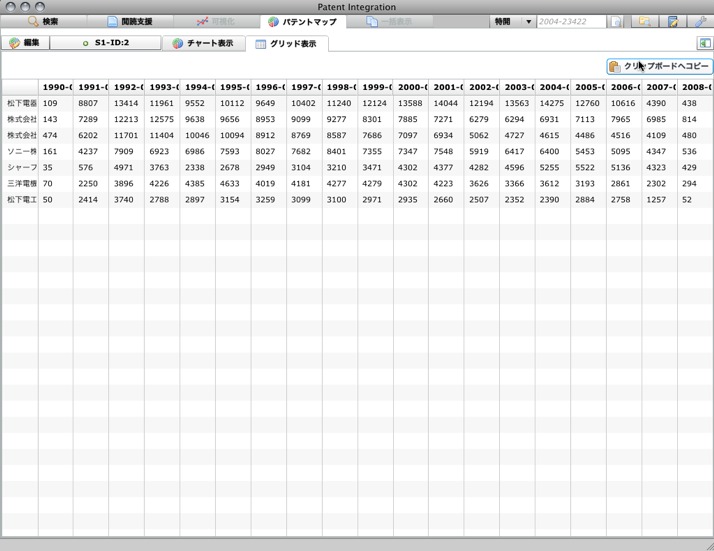 2020-06-15 NEW
We have added a functional description of the patent landscape " Patent analysis by Patent Landscape".
2020-05-26
The data for May will be updated on June 8.
2020-05-18
We changed the specification of the fixed link service to a fixed link to JPlatPat. Users can easily download the PDF of each country's official bulletin from JPlatPat.